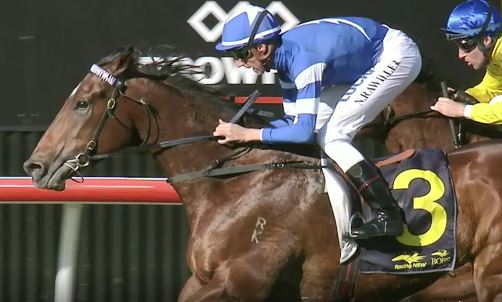 This blue-blooded filly by Darley’s champion sire Exceed and Excel a was ‘Juvenile Trial Watch’ horse on Breednet last month, believing she had spring stakes potential and her maiden win in Race 3 today at Kembla Grange only confirmed that opinion.

Trained by Mark Newnham, three year-old Super Oasis was ridden quietly by Nash Rawiller from an inside gate in the 1000 metre fillies maiden and it nearly proved her undoing.

Held up for a run and with nowhere to go, Nash Rawiller was forced to move sideways to get around the leaders, but when Super Oasis was at last balanced and clear she flew to the line to win by half a length.

“She showed her quality there and has a great turn of foot,” said a relieved Mark Newnham.

“She’ll take a lot of experience out of that as she’s had to be in the field and find a run and her coat is still cleaning up so she will improve physically from it as well.

“She has quite a hot temperament, which we have to manage, but we’ll take her quietly and find some nice races for her.” 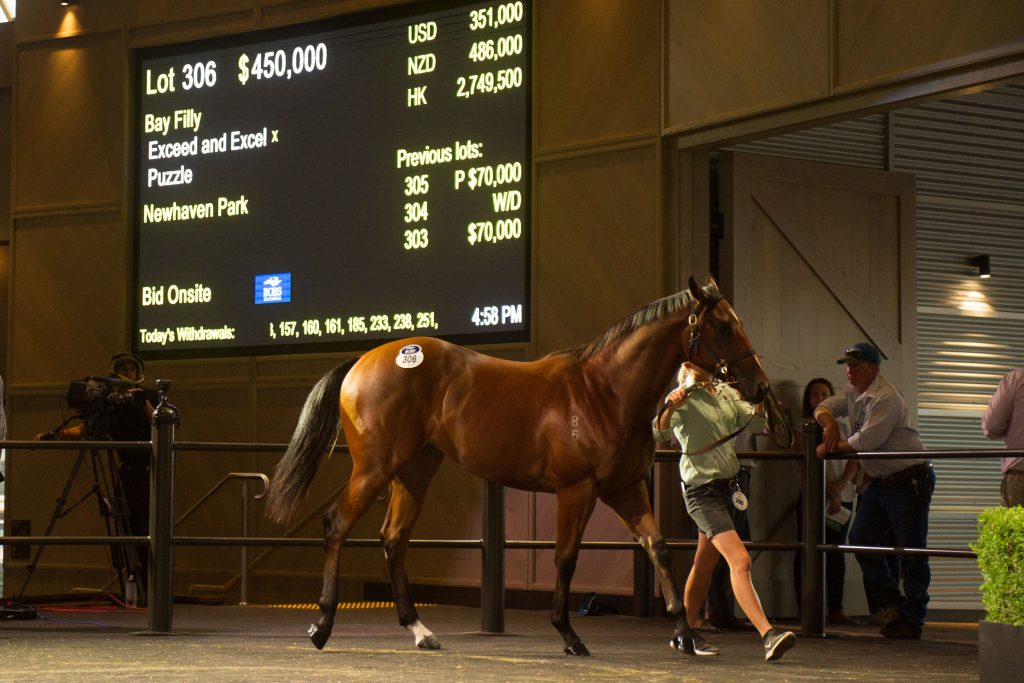 Super Oasis was having her first run back from a spell following an unlucky debut second at Randwick in February and an unplaced run in the Group II ATC Sweet Embrace Stakes won by Anaheed.

A $450,000 Inglis Easter purchase from the Newhaven Park draft, Super Oasis is the first foal of Puzzle, a winning half-sister by Shamardal (USA) to dual Group I winner and $3.4 million earner English. Newhaven Park sold a full brother to Super Oasis for $360,000 at Magic Millions this year to Darby Racing/De Burgh Equine and he has been named Codebreaker.