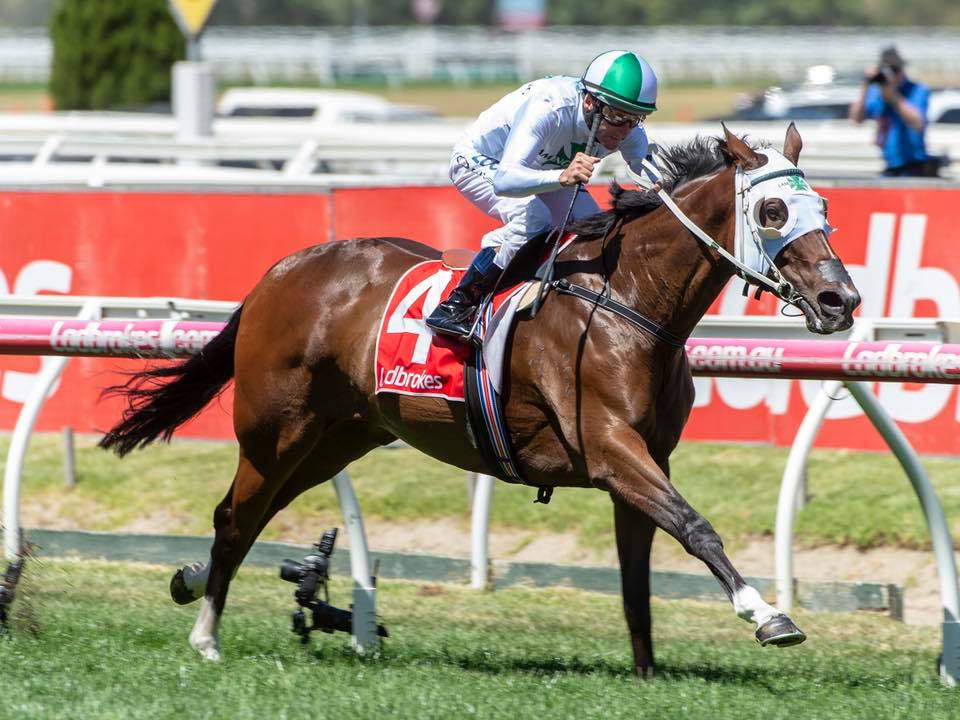 Trainer Richard Laming’s decision to stay at home has been vindicated with Jamaican Rain leading throughout to win at Caulfield. She raced up on the pace and scored a three-quarter length win for Damien Oliver, her seventh win from 13 starts with prizemoney topping $330,000.

Laming had the six-year-old mare entered for the Millie Fox Stakes at Rosehill on Saturday but chose to stay at home to contest the Group Three Mannerism Stakes. It proved wise as Jamaican Rain  held off Naantali by three-quarters-of-a-length with Teleplay a half-length away third.

Jamaican Rain has shown a liking for soft ground and that was in the back of Laming’s mind deciding between Saturday’s Caulfield and Rosehill options.

“I thought about it for three hours before deciding to stay home,” Laming said.

“I was getting pressure from the owners to go to Sydney. There were plenty of reasons not to go and I wanted to stay and play in my own backyard.

“But Sydney is likely where she’ll go next and we’ll pray for a bit of rain.”

Sydney options for the mare include the Aspiration Stakes at Randwick on March 9 and the Group One Coolmore Classic at Rosehill a week later.

“He got away with some nice sections and kicked at the top of the straight,” Laming said.

“It was no surprise but it’s always good to get the job done on raceday.”

Jamaican Rain was bred and sold by Newhaven Park, fetching $90,000 at the Magic Millions Yearling Sale when bought by Homann Bloodstock with Newhaven Park retaining a share in her ownership.

She is the best of two winners from Heriz, an unraced Redoute’s Choice mare from an international family that features Group I winners Asi Siempre and Outstrip.  The current 2YO by Reset was purchased by Richard Laming for $100,000 at the 2018 Inglis Classic Yearling Sale and is yet to race.

Heriz was bought by Newhaven Park at the 2012 Inglis Broodmare Sale for $52,000 when in foal to Manhattan Rain with Jamaican Rain the result of that mating.