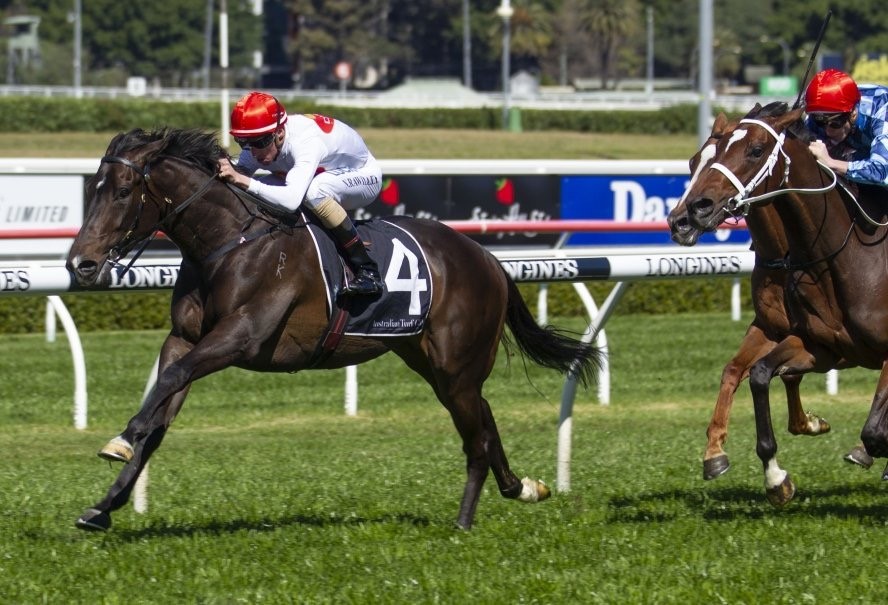 Prepared by Gai Wterhouse and Adrian Bott, Yao Dash defeated subsequent city winner Petronius when winning on debut at Canterbury last month and kept up the good work when leading all the way to win the 1300 metre Benchmark 72 event by half a length over Funstar, the half-sister by Adelaide (IRE) to Group I Queensland Oaks winner winner Youngstar.

Yao Dash was a modest $90,000 Magic Millions purchase for Dynamic Syndications from the Newhaven Park draft and has given his owners a dream start with two wins in as many starts with earnings in excess of $113,000.

“He’s given us a bit of thinking to do about the path forward,” Adrian Bott said.

“We wanted to see him take that next step today which he’s done.

“He’s got the nomination for it (Golden Rose), whether we take a more conservative path or whether we throw him in the deep end, that’s what we’ve got to decide in the next 48 hours.”

Yao Dash was bred by Newhaven Park and is the first winner for imported Rahy mare Rahy Storm (USA), who was a metropolitan winner in Australia and is closely related to US Group II winner Rahy’s Appeal.

Newhaven Park sold a yearling colt by Not a Single Doubt from Rahy Storm at Magic Millions this year for $160,000 and Rahy Storm has delivered a filly by Spirit of Boom this season.