Newhaven Park graduates Shout the Bar ($31) and Odeum ($4) started far apart in the betting of the Group I VRC Empire Rose, but an impressive duel between the two proved they were much closer in form than expected.

In a tight finish following a battle to the line, Shout the Bar proved the victor by the barest of margins. Shout The Bar, a Group 1 winner over 2000m in the Vinery Stud Stake, recaptured her winning form under the expert direction of Damien Oliver. 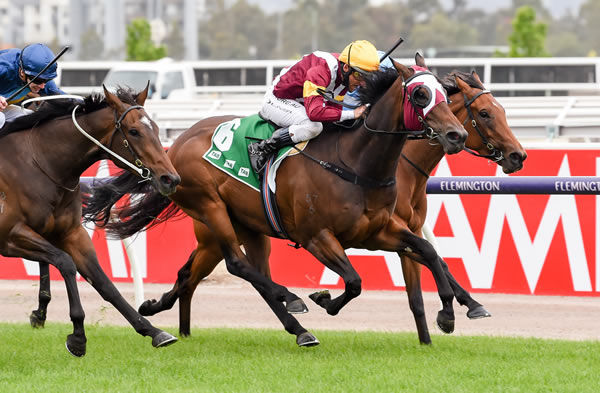 Raised and sold by Newhaven Park for Finemore Thoroughbreds, Shout the Bar was purchased at the 2018 Magic Millions Yearling Sale by Gai Waterhouse and Adrian Bott Racing for $200,000. Shout the Bar is out of O’Reilly mare Drinks All Round.

Shout the Bar as a yearling

Gallant in defeat was fellow Newhaven Park graduate, 3-year-old Written Tycoon filly, Odeum. A Group 1 winner at only her fourth start in the Thousand Guineas three weeks ago, Odeum showed her class in her determined second place run for co-trainers Mick Price and Michael Kent Jnr.

Bred, raised and sold at Newhaven Park, Odeum is out of stakes placed Red Ransom (USA) mare Movie, a family that has also produced Group 1 winner Gytrash. Purchased by bloodstock agent Sheamus Mills for $420,000 at the 2019 Magic Millions Yearling Sale, Odeum lost no admirers in what was an impressive first preparation. 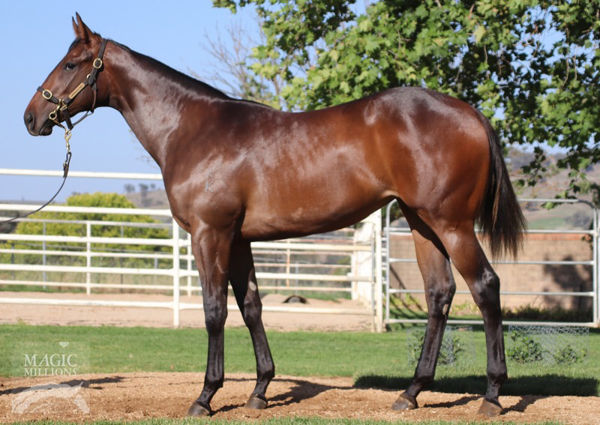 Odeum as a yearling

“Everyone at Newhaven was thrilled with the result in the Empire Rose on Saturday. To quinella a Group 1 on Derby Day in Melbourne with a 3-year-old filly and a 4-year-old mare is as good as it gets,” said Newhaven Park’s John Kelly.

“Odeum backed up a fantastic 1000 Guineas win with a courageous second by the barest of margins at her first attempt in open company, we are sure Sheamus Mills and his fellow owners are looking forward to the autumn. Movie has a lovely Zoustar yearling & a cracking full sister at foot.

“Shout The Bar has been a star since we first saw her. She always had a special presence from the beginning. As a yearling she caught the eye of Gai and Adrian who have done a wonderful job with her having won two Group 1’s from only 9 starts.”

“Breeders Ron Finemore and John Leaver have a beautiful full brother that is now a foal, and Drinks All Round has been covered by Pride of Dubai.

“To raise and sell two such wonderful horses that look to have so much upside with a bit of luck is what it is all about!”