A patient approach with exciting three-year-old Total Excess paid dividends at Awapuni on Saturday when the Jamie Richards-trained galloper opened a new campaign with an impressive victory.

The Delago Deluxe gelding had caught the eye when winning on debut at Hastings back in April in a performance that suggested he could be a classic contender as a three-year-old.

Put aside for a decent winter break the Te Akau Racing product proved slow to shed his winter coat as he commenced his spring preparation.

“He took quite a while to come to it when we brought him back in so we had to be patient with him,” Richards said.

“We don’t believe in rushing our horses in the spring so it was a matter of bringing him along at a pace that suited him.”

Richards had his charge ready to go at Trentham last month but he was a late scratching after playing up in the barrier.

Total Excess atoned on Saturday to maintain his unbeaten record, from two starts, under the urgings of stable apprentice Nik Bakar.

“He was pretty impressive in the end as he looked a little flat on the corner,” Richards said.

“Once he got balanced up, he put them away like a good horse which is pretty exciting as we look ahead with him.

“It’s just nice to get him up and going as there are some good races coming up for him over the next few months.” 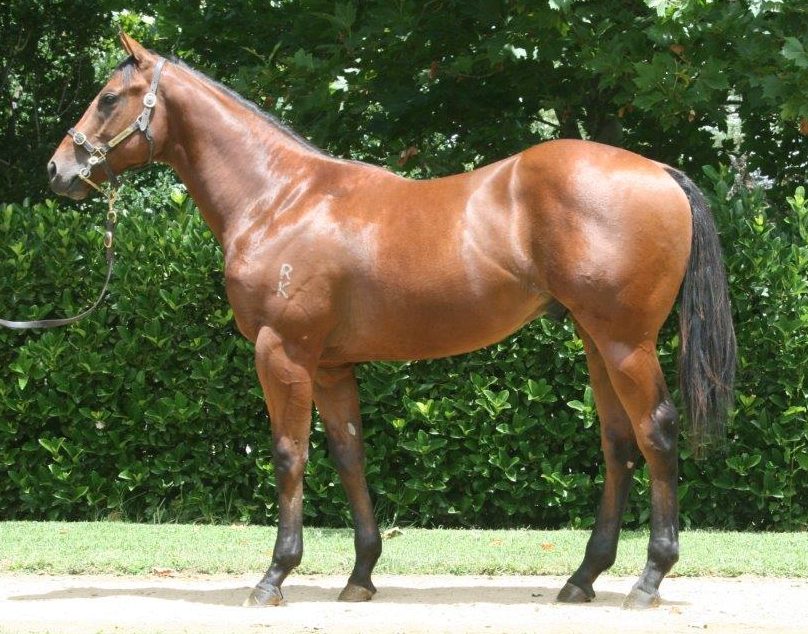 Richards has his eye on the Gr.3 Bonecrusher Stakes (1400m) at Ellerslie in a fortnight as his immediate target, with more options available at the Auckland course over the Christmas period.

“As long as he pulls up well from Saturday, he will go to the Bonecrusher next,” he said.

“We thought he was pretty much a sprinting type but the way he relaxed and then extended away from them, he should be suited at 1400m and maybe a touch further.

“There are some nice races at Ellerslie over their Christmas carnival, so safely through the Bonecrusher I would expect that could be the option for him but we will discuss it with David (Ellis) and his owners before we make any further decisions.”

Total Excess is out of Exceed And Excel mare, Avail and was bred and sold by Newhaven Park at the 2017 Gold Coast Yearling Sale to Horse Feng Bloodstock Ltd for $80,000. He was offered at the 2017 New Zealand Bloodstock Ready To Run Sale and after an impressive breeze up, clocking 10.14, he was purchased by Te Akau principal David Ellis, who secured him from the Regal Farm draft for $200,000.