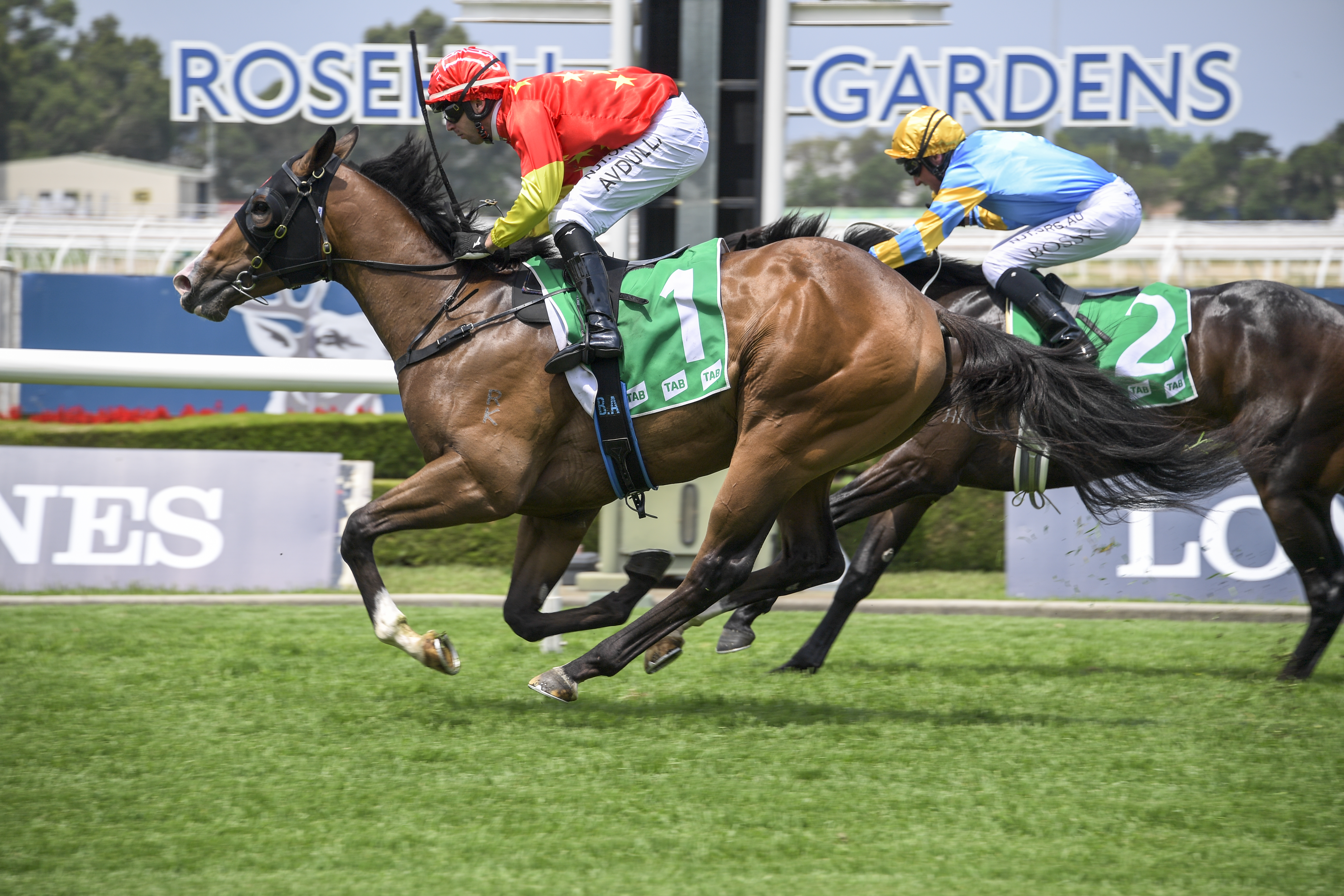 The Peter and Paul Snowden-trained Aim was promoted to the top line of betting for the $2 million Magic Millions 2yo Classic after keeping his record at a perfect two for two following his runaway win in Saturday’s Tab Venue Mode Hcp (1200m) at Randwick.

The son of Star Witness was last early as Hinchbeast cut out fast sectionals in front. But he tracked up along the rail with little urging by Tommy Berry and by the time they came to the home straight Aim was in a challenging position and looking for some clear air. 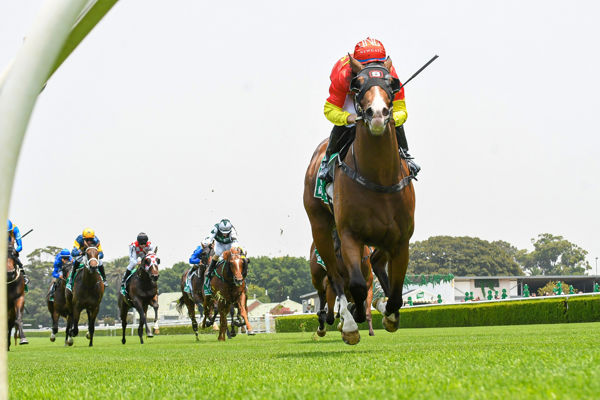 When it came, Aim put the race to bed in a matter of strides, putting four lengths on his stablemate Stellar Pauline (Not A Single Doubt) with Hinchbeast (Hinchinbrook) a further three lengths back in third.

Bookmakers have had a change of heart over Aim’s debut win in a mid-weeker at Rosehill back on December 11.

They did not rate that form but the horse he beat at Rosehill, Chris Waller’s I Am Invincible colt Blondeau has joined Aim at the top of betting for the Magic Millions 2yo Classic despite not having a run since.

Tommy Berry said Aim possesses all the attributes to be a major contender in the 2yo Classic.

“He’s a horse who has taken everything in his stride. “Pete (Snowden) said it was very important not to chase that speed, just let him get him in his comfort zone even if he’s spotting them a start,” Berry said.

“He said at the half mile he will drag you into the race and he sure did and I got there way to easy. He’s got plenty more in store so bring on the Magic Millions. 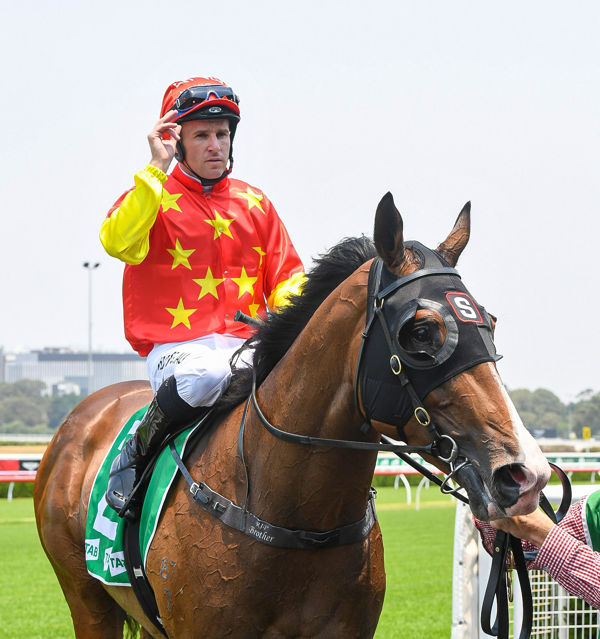 “He’s doing everything effortlessly at the moment, he handles every condition and he can race off the speed.

“There’s always plenty of genuine speed in the Magic Millions and it takes a nice horse to come off the speed and beat them but I think he’s the one to do it.”

Peter Snowden said the son of Star Witness has a great attitude.

“Ability is one thing but if you’ve got the demeanour to go with it then that takes you a fair way,” Snowden said. 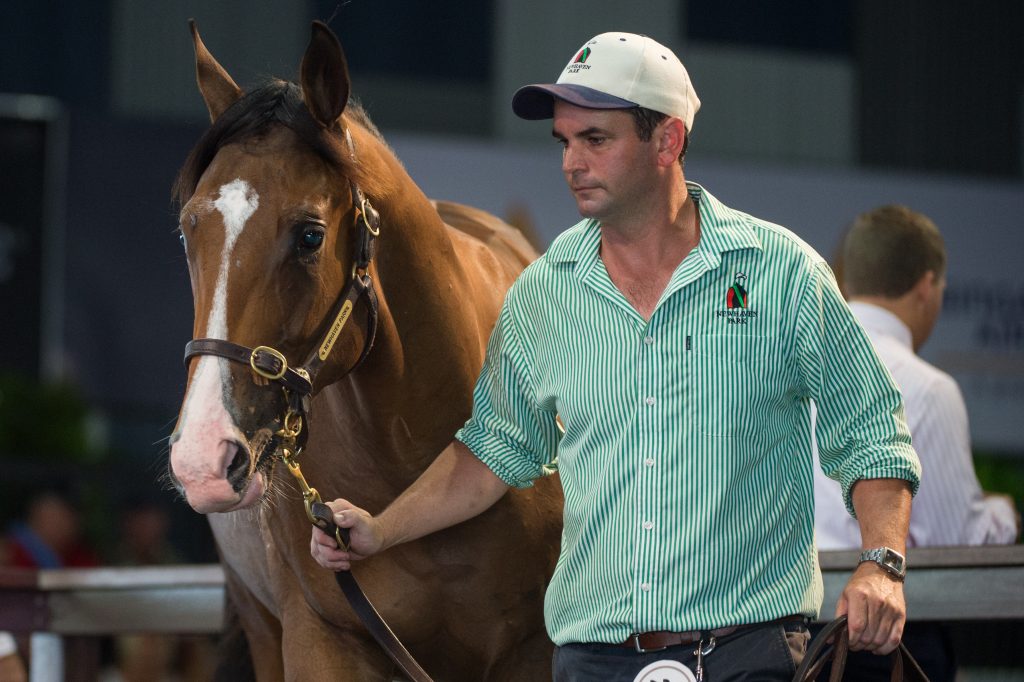 Aim as a yearling

“The 1200 metres is no problem and I’m confident he will get a deal further later on but it’s good to see him doing that now, it’s very encouraging.

“I was worried the run wasn’t coming but the way he was travelling he made his own run, he pushed into the clear and once he got clear he just extended beautifully and kept going right through the line, so it was a good watch.”

He is the third foal of the winning Smart Strike mare Vintage Strike (USA) who was one of the foals left in the USA by the Group 1 Coolmore Classic winner Bollinger (Dehere), which also included the Grade II winner Friesan Fire (AP Indy).

Bollinger is herself a daughter of the Golden Slipper winner and great broodmare Bint Marscay.

Repatriated to Australia, Bollinger is the dam of the Group II Sandown Guineas winner Villermont (All Too Hard).

Bred by B2B Bloodstock, Aim was born and raised at Newhaven Park. Sold at the 2019 Magic Millions Gold Coast Yearling Sale, the colt was purchased by China Horse Club/Newgate Bloodstock for $200,000 out of the Newhaven Stud draft and is raced by a syndicate of bloodstock investors.