Many of the hard yards have been done, the new stallion has been marketed and duly well supported. He is fertile, his first foals have impressed. And then comes that time of year when his first yearlings hit the sales ring.

An exciting and somewhat nerve-wracking time; will the new boy be the next big thing? Will buyers flock to his progeny, which trainers will they end up with?

It is all easier when the stallion has been given every chance with good support and such is the case with  Xtravagant, the brilliant and handsome galloper whose debut harem included such classy mares as stakes winners At Ease, Firenza, Moshki, Miss Marielle, Media, Storm Alert and Hello.

Such as at the Gold Coast Magic Millions where Xtravagant was well represented by 17 well related yearlings including the progeny of the stakes performers Hello, Spangled Impact and Emphatically, as well as half-siblings to the stakes winner Lightinthenite and the stakes placed Sanadaat.

We were thrilled with the results where his progeny were well received and equally well supported by the likes of David Ellis, who knows the family well, having purchased Xtravagant as a yearling and raced him in the Te Akau tangerine to dual Group One winning success. David purchased no less than three yearlings by Xtravagant at Magic Millions and he was extremely complimentary of the draft. Having visited sales rings all around the world, David commented “you would never see a better line up of yearlings from a first season sire, anywhere in the world.” Other supporters of Xtravagant included Magic Millions 2YO Classic winning trainers Ciaron Maher and McEvoy Mitchell Racing, as well as Bluesky Bloodstock, Bahen Bloodstock and Laming Racing. At the close of Book 1, yearlings by Xtravagant had averaged $152,000.00 which was a very pleasing result indeed. 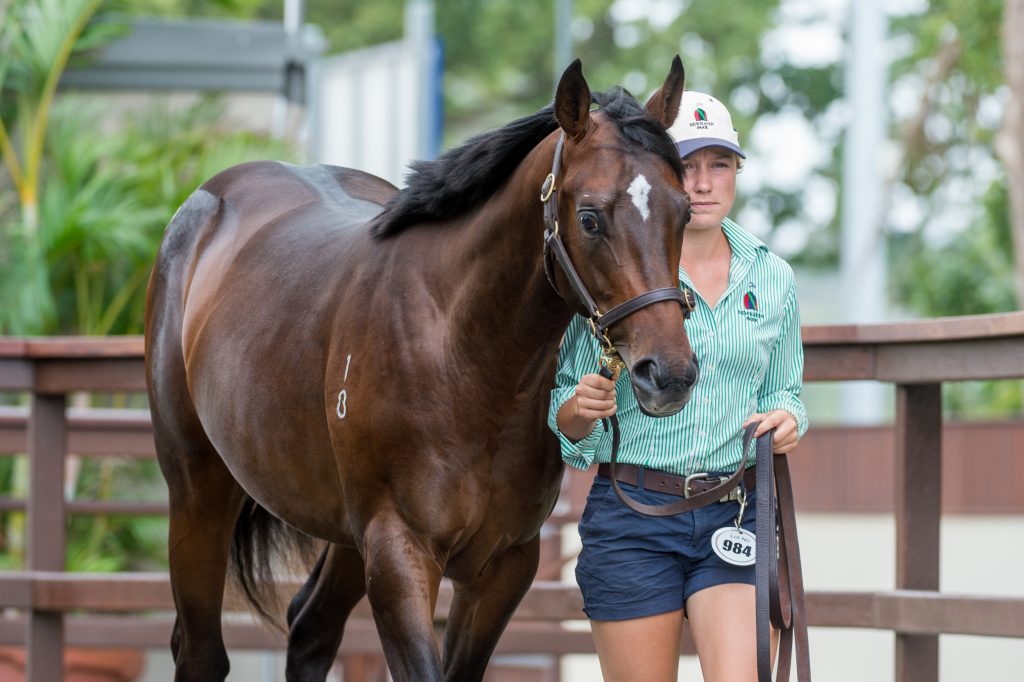 In case you missed out at the Gold Coast, there are a further 21 chances to secure an Xtravagant at the Inglis Classic Yearling Sale, including a half-sister to the Singapore Champion Sprinter Zac Spirit, as well as the progeny of the stakes winner At Ease and the stakes placed mares Thwayya and Hollyweird.

The Inglis Melbourne Premier and Perth Magic Millions also play host to yearlings by Xtravagant, a horse who created such a big impression winning half of his 12 starts for the Jamie Richards stable. A NZ$375,000 Karaka Premier yearling, bred by Rich Hill Stud, home to his sire Pentire (dual Group One winning sire of 48 stakes winner), Xtravagant hit the ground running with a dominant maiden victory at his juvenile debut over 1400m at Hastings. He was, as his breeding suggested he would be, all the better at three, during the spring of his Classic year winning three in a row including the 2000 Guineas-Gr.1, 1600m by a stunning 81⁄2 lengths in record time.

Three months later he tackled the older horses in the Waikato Sprint-Gr.1, 1200m, proving eight lengths too good for five Group One winners, again in impressive time. This was a horse with a serious turn of foot coupled with a great will to win, something we saw so often in the Pentire breed.

A particularly impressive feature of Xtravagant’s makeup was his lightning speed from the barriers. His electrifying starts, often launching him several lengths clear, were reminiscent of the great sprinter and successful sire Vain, who coincidentally was sired by the great Newhaven Park sire Wilkes.

A brother to the Group Three galloper He’s Remarkable who is well remembered for controversially losing the Railway Stakes-Gr.1, 1600m on protest, Xtravagant boasts a pedigree of considerable strength with his dam Axiom being a daughter of Zabeel and the four times Group winning Centaine mare Arletty.

A descendant of the famed matriarch Teppo, Xtravagant, with his crosses of Never Bend and the great mare Selene, has much to offer. He looks set to mark the beginning of an exciting new era for Newhaven Park.