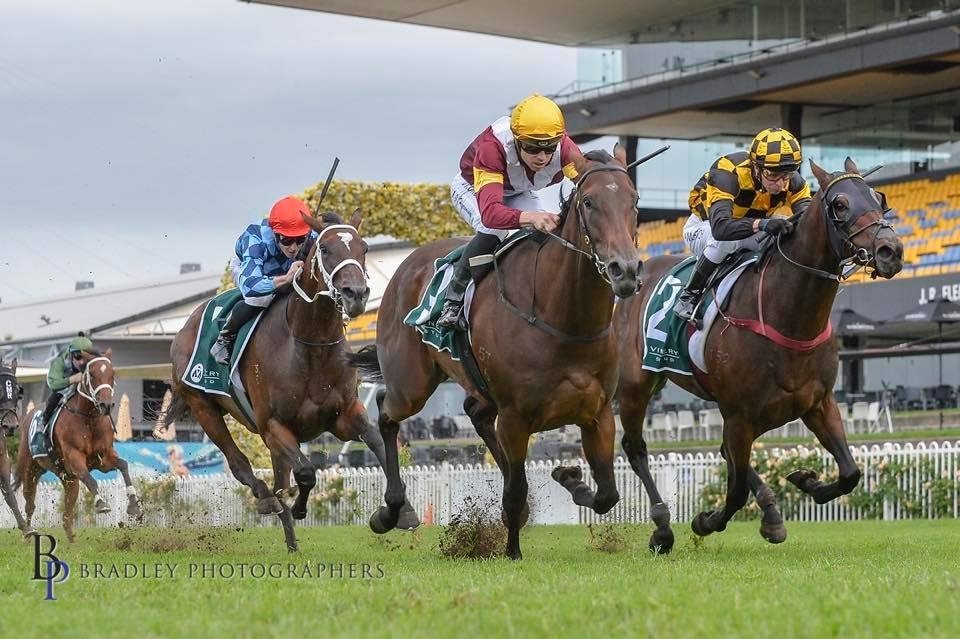 The lightly-raced daughter of Not A Single Doubt went off a $16 chance after winning her first two starts at Newcastle and Randwick before going down by the narrowest of margins in the Group III Kembla Grange Classic.

Sent straight to the front by Adam Hyeronimus, Shout The Bar came under a strong challenge in the straight but she kept up a relentless gallop to defeat Probabeel (Savabeel) by a neck with a length back to Nudge (Fastnet Rock) who edged Funstar (Adelaide) for third.

It was first winner at the highest level for both horse and rider.

“Not once at any stage did I think she is going to win,” Hyeronimus said.

“She is probably not actually a leader, I probably led by default. The whole race she had her ears pricked just floating along.

“Through the middle stages I was quite worried that I was going too slow and that is why I picked the tempo up through the half mile.

“I didn’t want it to turn into a sit and sprint because I know that she is tough and I knew that she would run a strong 2000m metres.

“From her second trial I said to Adrian this is our Oaks horse and she hasn’t let us down yet.”

Bott said he is amazed that the filly continues to improve throughout her first preparation.

“It’s been an amazing progression from her. She has shown us plenty of ability this campaign,” he said.

“Her class shone through over the shorter trips, we thought she was very vulnerable early days but she surprised us over those 1100m races, she was just doing it on sheer class and talent”

Shout The Bar was bred by Ron Finemore and Planette Thoroughbreds, giving them their first Group One winner as breeders. A $200,000 purchase by Gai Waterhouse and Adrian Bott Racing, out of the Newhaven Park draft at the 2018 Gold Coast Magic Millions Sale, Shout The Bar has been promoted to second favourite for the Group 1 Australian Oaks at Randwick on April 11. 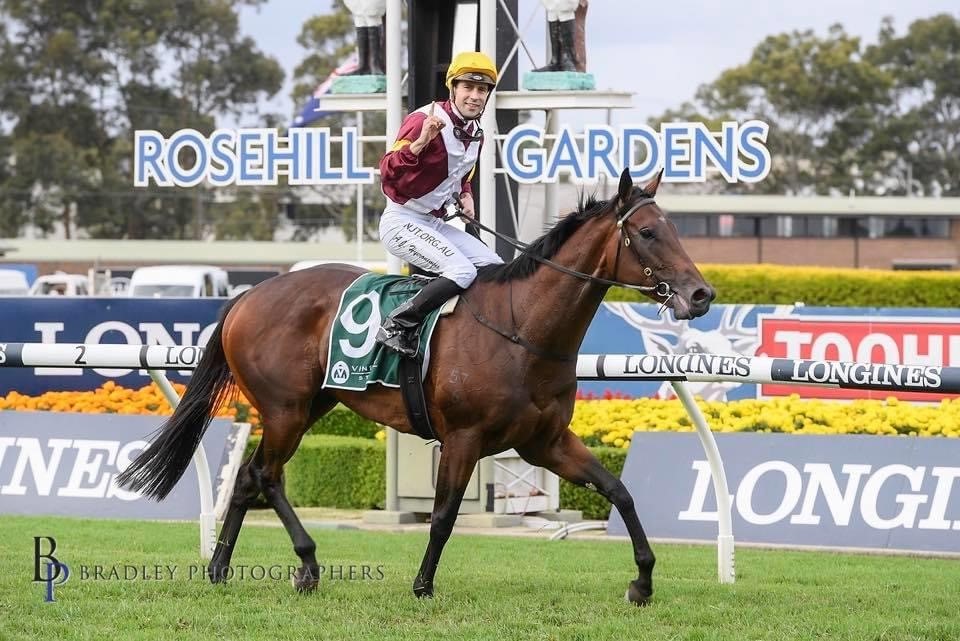