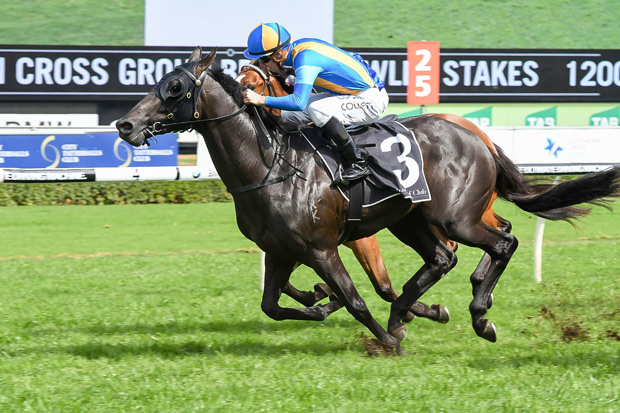 Progressive Snitzel colt Goodfella booked his ticket to Flemington for the Group I VRC Coolmore Stud Stakes with a stylish victory at Randwick on Saturday in the Listed ATC Sir Brian Crowley Stakes.

His trainer Bjorn Baker is no stranger to success with a Newhaven Park bred horse having won the Magic Millions 2YO Classic with Unencumbered and has Group I aspirations with another Newhaven bred Magic Millions purchase in Goodfella.

Fourth in the Magic Millions 2YO Classic behind Houtzen, Goodfella was sent to the paddock after that and only recently resumed after his lengthy break.

A last start winner at Randwick two weeks ago, he returned to stakes company for this 1200 metre sprint and emerged a half length winner over Godolphin colt Piracy.

“You’ve got to be in it to win it,” said Bjorn Baker referring to his plan to head south to Melbourne for The Group I VRC Coolmore Stud Stakes.

“He’s really improved in the last two weeks and the owners are keen to get down to Melbourne.

“He did a super job as a juvenile and deserves a good race.” 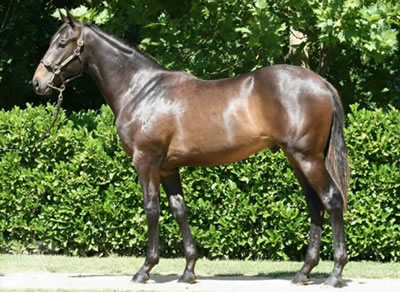 A $200,000 Magic Millions purchase from the Newhaven Park draft for Bjorn Baker/ Blandford Bloodstock, Goodfella has the overall record of three wins from nine starts with prizemoney in excess of $370,000.

Bred and sold by Newhaven Park, he is the first winner for stakes-placed Red Ransom (USA) mare Movie, a daughter of stakes-winner Strawberry Storm.

Movie has foaled this spring producing a filly by Written Tycoon.