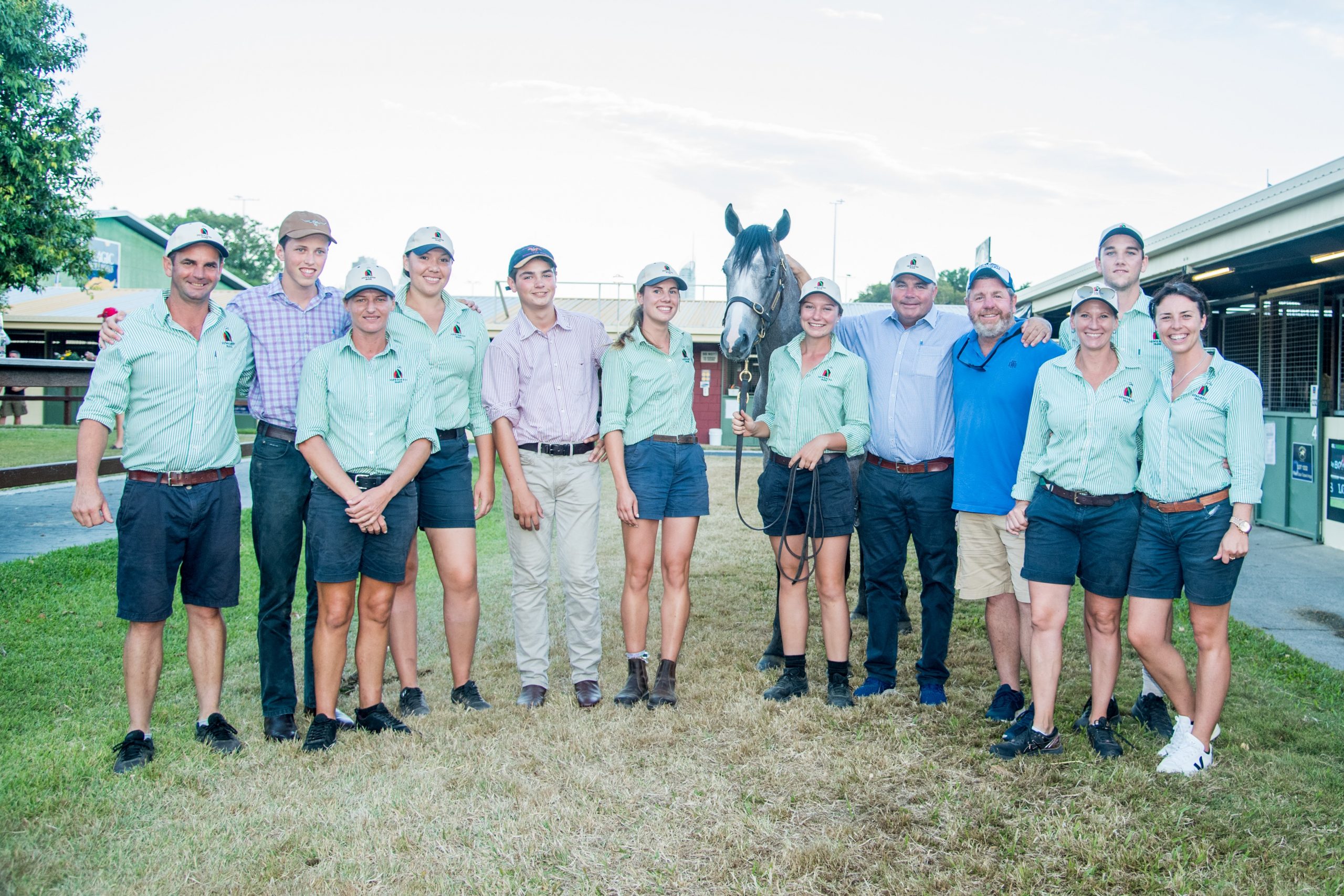 Arrowfield Stud’s champion sire Snitzel weighed in with another seven figure colt on Friday at the Magic Millions when Newhaven Park’s dashing grey colt from Suprara sold for $1,050,000.

The second foal of Group II placed Domesday mare Supara he was knocked down to Kitchwin Hills and will be trained by Gerald Ryan.

Bred by Newhaven Park as was his dam Supara, he owes his grey colouring to fourth dam Soul Searching, a daughter of Lindsay Park shuttler Godwalk (IRE), who enjoyed much success back in the eighties and early nineties.

Newhaven Park retained the first foal from Supara, a Snitzel filly called Love, that has been given to Chris Waller to train.

Supara had a filly last spring by Written Tycoon and is in foal to his son Capitalist.

Our huge thanks and congratulations go to Mick Malone and to Gerald Ryan. A big thank you also to all of our staff at the sales and at home on the farm for their contribution.