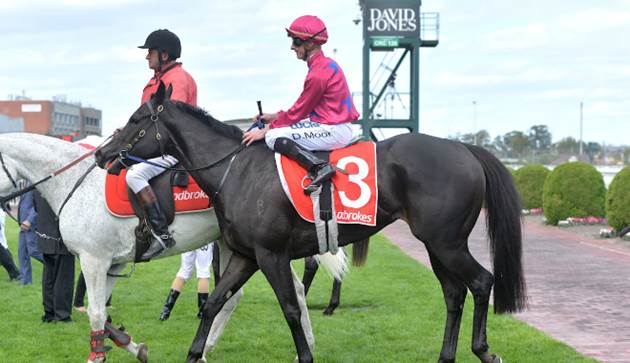 The Danny O’Brien-trained mare Merriest is set to try her luck in the Magic Millions Cup (1400m) on the Gold Coast in January, on the back of a consistent spring campaign.

The four-year-old daughter of Denman has already banked over $330,000 in stakes in just 15 starts, and the $1million restricted race is now on the agenda for her – pending a sufficient enough return from a let-up in the Christmas Stakes at Caulfield on Boxing Day.

She was placed behind Now Or Later in the Group 2 Blazer Stakes (1400m), and was beaten only 1.55 lengths in the G2 Tristarc Stakes (1400m) by multiple G1 winner Global Glamour in a productive spring.

Merriest stepped out at the Werribee jump-outs on Monday, and O’Brien stable representative Matt Harrington was pleased with her output.

“It was a really nice trial. Daniel Moor just settled her back in the field, she picked her way through them and had a little bit in hand on the line. She’s coming up well,” Harrington reported.

“The aim is to get her to the Millions second-up, there’s the 1400m race there on the Gold Coast.

“She’ll start off on Boxing Day in the Christmas Stakes, and then head up to the Gold Coast all going well.

“She’s got a super record second-up, so we’re looking to make use of that.

“There’s some nice races in the autumn she’ll probably push on to, but we’re looking forward to seeing what we can do.”

Bred by Newhaven Park, Merriest is the third foal and third winner out of the Melbourne winning Canny Lad mare Merrier a granddaughter of the top-class mare Scomeld, whose 12 wins included the Group I VRC Oaks.