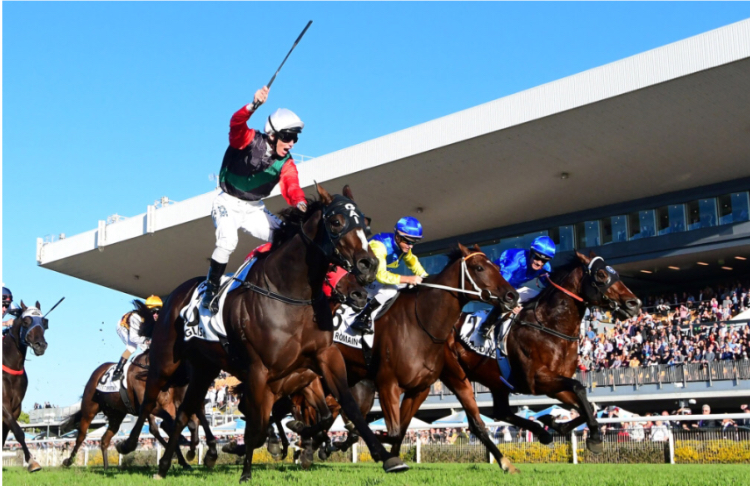 A recent Group 1 win, a newfound desire to race near the pace and the Gai Waterhouse and Adrian Bott factor are the three reasons Damion Flower elected to secure English as his runner in the 2018 The Everest.

The rising six-year-old is the sixth contender announced for the $13 million feature at Royal Randwick on October 13 and Flower is adamant with a focused preparation she has a winning chance.

“Looking at the other runners that have been secured I think she is way up to the mark,’’ Flower said.

English ran sixth in the inaugural Everest after drawing the outside in the 12 horse field and giving away a big start.

Prior to the Everest she came from near last and ran In Her Time to a head in the Premiere Stakes (1200m).

Flower said English has shown in her last couple of starts that, with a favourable draw, she’s capable of racing a lot closer evidenced by her Doomben 10,000 win.

He was the last slot holder to lock in a runner in 2017 but this year wanted the trainer of his representative to have ample time to prepare.

“Last year I waited and I was happy to wait, this time it’s happened the way it has,’’ he said.

“(Owner Newhaven Park’s) Charles Kelly approached me and we came to the stage where I wanted to secure her and Gai and Adrian are happy to run her.

“I wanted them, along with Gai and Adrian, to know exactly where they are going. It’s less than four months to the race and now they can plan their attack.’’

Flower said it’s still his priority to race one of his own horses in an Everest but while he’s grooming a potential candidate for 2019 he’s more than happy to have English in his corner.

“I know she’ll be six years old but she’s had 26 starts so she’s lightly raced,’’ he said.

“I’ve been lucky enough to see her [last week] and she is in outstanding condition.”

“I spoke to (Flower’s trainer) Brad Widdup firstly, because I always want a Jadeskye horse, and we firmly believe we have a horse in the making which is Sandbar but we think we are 12 months off.’’

English remained a $15 chance with TAB following the news she’s secured a slot and will carry the Newhaven Park colours in The Everest.

Previous Post: « Another Group 1 for English
Next Post: From Jamaica To Flemington – it could be a Classic »